Best Buy, The Pentagon, and the Case for Autonomy 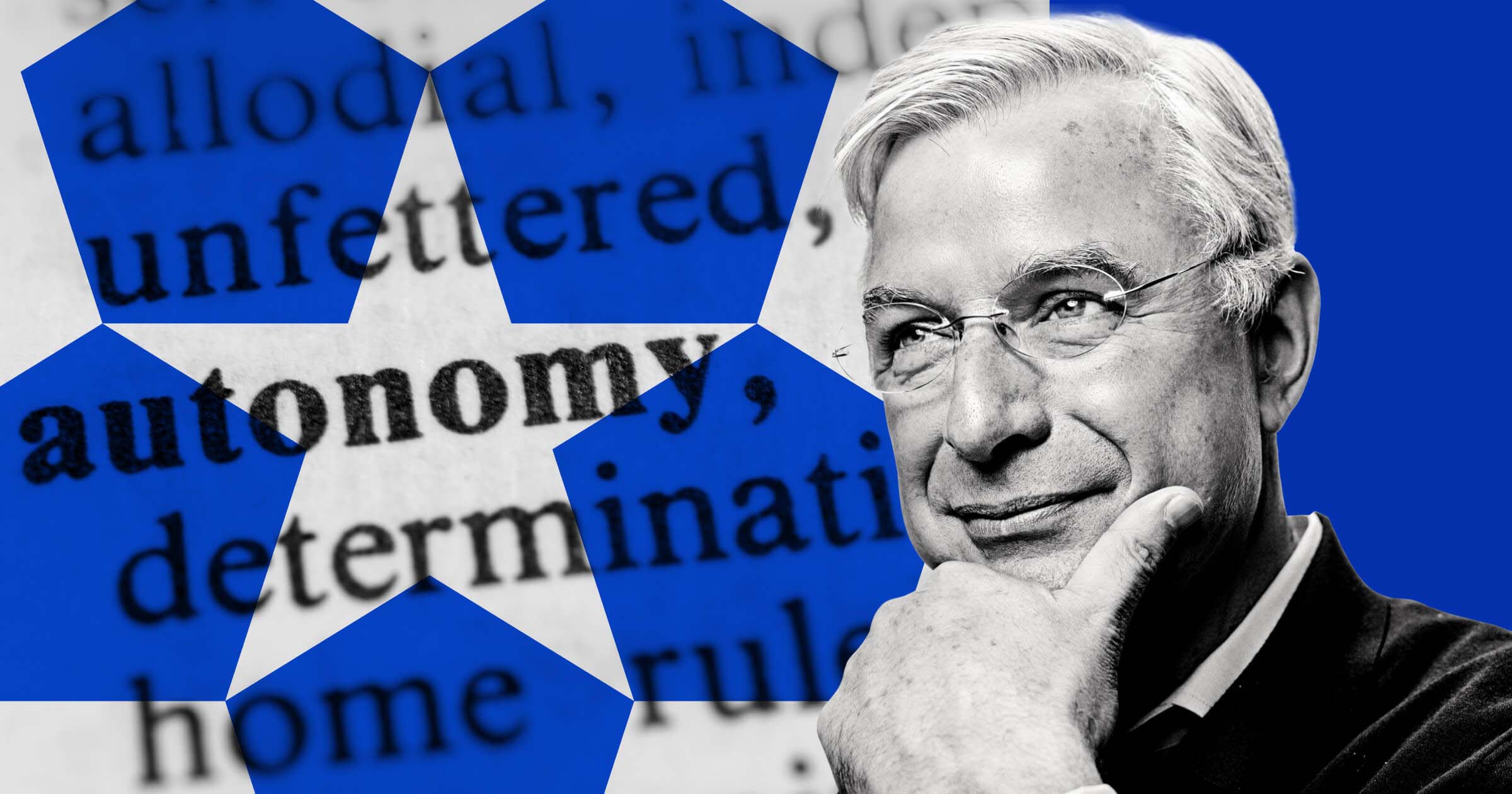 Summary. This series of articles sets out the case for why organizations that embrace the Objectives & Key Results goal-setting framework (OKRs) need not see the Great Resignation as a threat. But instead, why they have good reason to see it as a golden opportunity to win the War for Talent.

Part one focused on the emergence of the Great Resignation and how, for CEOs, it eclipsed the pandemic as the external threat most likely to disrupt business strategy.

Part two established the link between burnout and the Great Resignation.

Part three explores the case for giving employees more autonomy as a remedy for the burnout epidemic - but also as a means of bringing about more effective, agile organizations.

Autonomy as a remedy for burnout

For advocates of giving employees more autonomy, establishing a more sustainable workplace culture is one of the key benefits of the approach. This includes addressing the problem of burnout.

To start with, they argue this is because autonomous employees have the flexibility to be on-premise when required, rather than as a matter of routine. As Reisinger and Fetterer writing for the Harvard Business Review (HBR) explain, the employee afforded a high degree of autonomy can claim to be free to “work wherever, whenever, with full access to my organization’s office space.” As a result, they are not subject to all the stresses and strains that come with having to fit our busy modern lives around an inflexible work schedule.

Autonomy is also generally understood to include employees having some say during the process of formulating their goals. This concession can go a long way towards mitigating the stress and exhaustion characteristic of burnout. Why? Because, and let’s be honest, goals we have a say in setting tend to be more manageable than the kind that get arbitrarily imposed on us top-down.

Meanwhile, the psychology involved in giving employees a say during goal-setting also directly addresses the disengagement problem. After all, isn't it fair to say that we tend to feel more engaged with goals that we have had a hand in crafting compared to goals that have been imposed upon us?

For the same reason, Professor of Psychology Christina Maslach argues that autonomy should go one step further to include giving employees “the discretion to figure out how to do their jobs.” (my emphasis).

It's this combination of allowing employees a say in goal-setting and the freedom to determine how to achieve those goals that lead advocates of autonomy to claim it can not only restore, but even heighten employee engagement to the level of a real sense of ownership. While the knock-on effect of fostering a sense of ownership and mitigating the exhaustion problem combine to reverse the loss of efficacy that is so characteristic of burnout.

But the benefits of autonomy do not end with addressing all three symptoms of burnout.

As executive coach John Mattone points out, giving employees the discretion to figure out how to do their jobs includes “the freedom to find new and better ways of doing things”, which in turn helps to “set the conditions for innovation”.

This accounts for why when leadership teams consider introducing more autonomy, they generally have employees for whom innovation and creativity are stock-in-trade in mind, namely knowledge workers.

But it becomes apparent that the impact of autonomy could be far greater when you consider the potential of encouraging more initiative-taking in general.

You could go so far as to say that whether a job requires the ability to take the initiative is the acid test of whether or not it requires human agency. When this is not the case, the job is best given over to automation, assuming such an option exists and is cost-effective.

The example of Best Buy

Fostering a workforce capable of initiative-taking also sets the stage for leadership teams to further enhance outcomes by devolving decision-making down to the most appropriate level of the organization - i.e., to the level occupied by the people with the most intimate understanding of all the factors involved.

This was precisely the reasoning that led former Best Buy CEO Hubert Joly to devolve decision-making all the way down to the level of the retail floor. Joly, who is celebrated for turning Best Buy around, leaves no doubt about this in his book, The Heart of Business, leadership principles for the next era of capitalism.

He writes, “it quickly became obvious that if sales associates were to authentically connect with customers they had to be given the latitude to be themselves and make decisions on their own.” (my emphasis).

With this in mind, Joly ensured what cascaded down from leadership to the people with “either enough or the best information to make that decision” was “the ‘why’ of intent and purpose... and not the ‘how to’”.

Furthermore, because autonomy in principle also includes the freedom to seek out the collaborators required to get the job done, it follows that it should evitably lead to the erosion of organizational siloes by the emergence of more effective cross-functional teams.

While this might sound like conjecture, perhaps even wishful thinking, Joly’s testimony confirms that this is exactly what happened at Best Buy following the introduction of a more autonomous culture.

It was the emergence of these “small, autonomous, multifunctional teams,” explains Joly, that “vastly accelerated decisions and adjustments”. When writing about the impact these teams had on the business, Joly provides two specific examples, starting with e-commerce:

“We quickly were able to move from upgrading the website a few times a year to making changes several times a week, based on data (not on what the CEO thought) and ongoing, real-time testing.”

The same approach also enabled Best Buy to move “operations to contactless curb-side pickup in only three days. Something that could have taken at least three quarters.”

Such high-impact results convinced Joly and his fellow executives to roll out the new “agile approach across multiple projects and processes.” It’s also clear that by doing so, they knew that they were enhancing the organization’s strategic agility, i.e., the ability to change course in response to unforeseen opportunities or challenges – what Joly refers to as making the organization, despite its size, more “nimble.”

Bearing in mind this was almost a decade before the increasingly uncertain nature of our times was driven home by the arrival of the pandemic, and now the conflict in Ukraine, it’s also fair to say that Joly and his team were demonstrating real foresight.

In either case, the extent to which Joly credits Best Buy’s remarkable turnaround to the decision to foster a more autonomous workforce becomes apparent when he writes:

“…in our new reality, being nimble and innovative is crucial. The need for emotional intelligence, speed, and flexibility mean that employee autonomy – letting them carry their own weight – has become crucial.”

Robert McNamara and the antithesis of autonomy

In contrast, when Joly considers the antithesis of the decentralized autonomous approach that he fostered at Best Buy, he singles out “the scientific management and strategic planning approach I had been schooled in, which former (U.S.) Secretary of Defense Robert McNamara exemplified.”

Joly explains the task of leadership in this mode is “to plan, organize, direct, and control, based on the idea that management could be a pure science.” While “a small team of smart people at the top, informed by data and statistical analysis, decide on a rational plan, which then trickled down.”

Joly argues that not only is this approach “no longer in sync with today’s environment,” it has long been discredited after “McNamara’s years at the Pentagon came to be defined by the United States’ disastrous involvement in Vietnam.”

According to Joly, even McNamara himself lost faith in the approach after his failure as the architect of the Vietnam war led him to realize that “analysis obsessively based on quantifiable data alone leaves out the crucial human intangibles like motivation and hope, or disengagement and resentment. It is also vulnerable to bias and flawed data.”

The Tragedy and Lessons of the Vietnam war is McNamara’s own retrospective of his time at the Pentagon. As the title suggests, it confirms that he was as acutely aware of his failure as Joly claims. In the final analysis, McNamara even resorts to quoting the ancient Greek dramatist Aeschylus in an attempt to console his readers. “The reward for suffering is experience,” He opines.

In doing so, McNamara confirms that he was as unfamiliar with the wisdom of his own country’s founding fathers as he was with decentralized autonomous ways of working.

“Experience is an expensive school,” wrote Benjamin Franklin, “but fools will learn in no other.”

Then why does command-and-control endure?

Regardless of how the lesson was learnt, few today would disagree with the idea that the command-and-control style of management is limited. Yet despite this, as Joly reminds us, “McNamara’s analytical top-down approach” is “still dominant in business”.

Equally perplexing, it's clear from journalism on the subject that giving employees more autonomy has yet to become the de facto alternative, despite the case for it being robust and timely - bearing in mind the link between the Great Resignation and unsustainable workplace cultures.

“Forget Flexibility. Your Employees Want Autonomy” insist Reisinger and Fetterer writing for HBR. While Stan Phelps writing for Forbes argues for much the same despite the more dramatic title of his article, If You Love Your Employees, Set Them Free – just two of many articles calling for more autonomy for employees.

In contrast to the tone of Holger, Reisinger, and Phelps, David Hole’s blog on the same subject for Accenture has the reserve you’d expect from a representative of a global consulting firm. Nonetheless, when Hole singles out autonomy as one of the new “ways of working” that enable “employees to thrive”, it’s clear that the consensus he reflects within the global consulting community is equally on board with the call for more autonomy in the workplace.

The same is true for leading industry analyst firms. Gartner's position was confirmed when it urged employers in a June 2021 press release to “provide opportunities for employees to practice autonomy.”

As for Forrester, as far back as 2019, Principle Analyst Samuel Stern warned, “If you’re not prioritizing employee experience improvement, you’re doing it wrong" - before advancing “an environment where individuals have a sense of autonomy” as one of the “five hallmarks of a good employee experience.”

As such, it’s difficult to deny that a shift towards more employee autonomy is widely supported. But the transition remains characterized by commentators across the board still laboring to convince leadership teams to mainstream more autonomy for employees.

The question is, why does this remain the case? Why does command-and-control remain “dominant in business” decades after its failure in government circles? In contrast, why does the adoption of autonomy remain limited to elements of the concept, such as flexibility, or else limited to a narrow spectrum of employees within the enterprise, such as senior managers or knowledge workers?

In part four, I review the more common concerns about giving employees more autonomy, but also the unspoken reservations that stop leadership teams from mainstreaming the approach – before exploring how OKRs can allow all sides to overcome the deadlock. 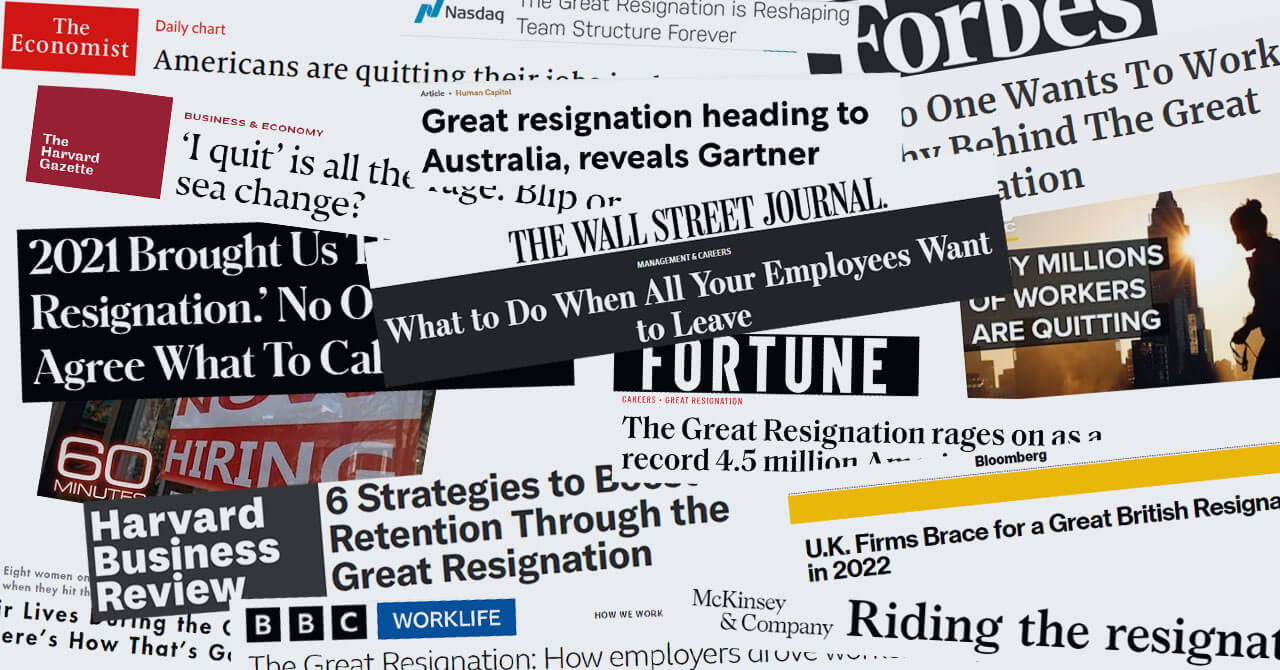 The emergence of the Great Resignation and how, for CEOs, it eclipsed the pandemic as the external threat most likely to disrupt business strategy. 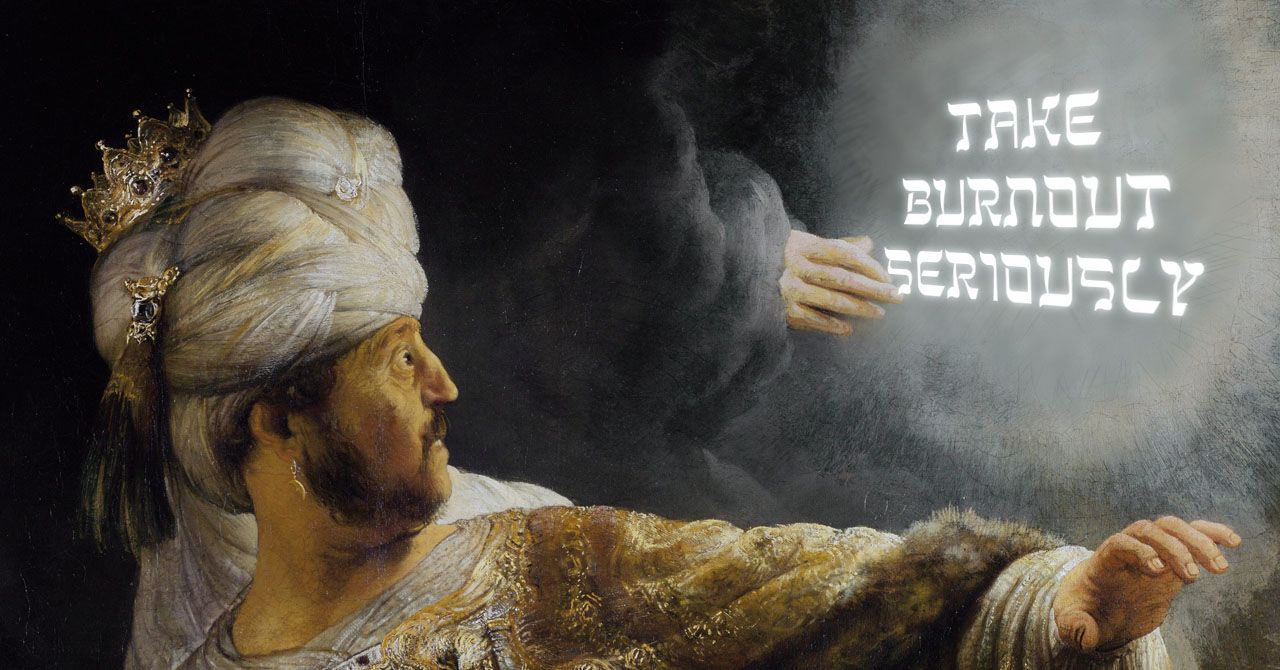 Exploring the link between burnout and the Great Resignation.