What’s the difference between OKRs and MBO? 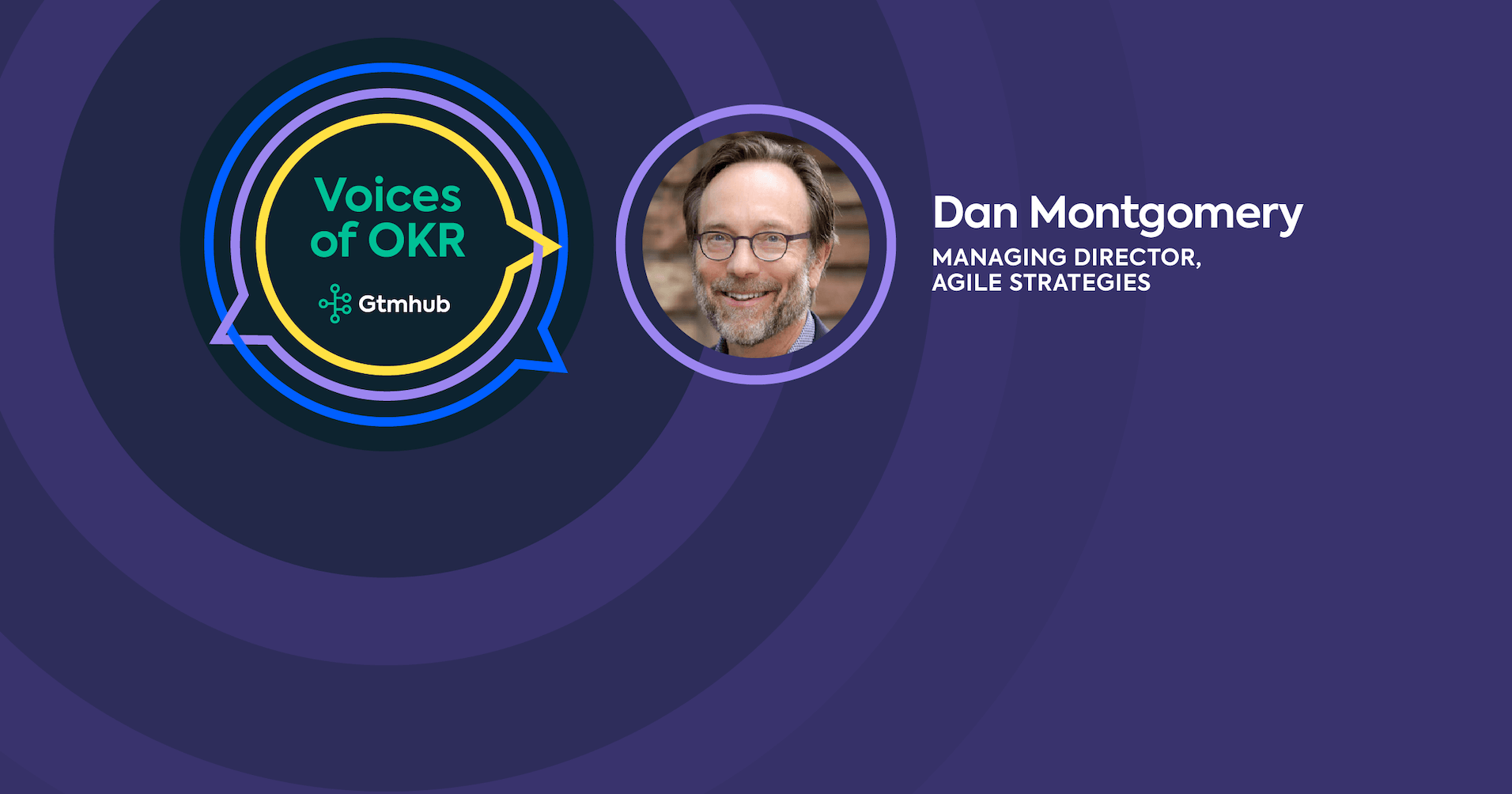 Dan Montgomery is the Founder and Managing Director of Agile Strategies – a leading OKR consultancy based in Boulder, Colorado. He is also the author of Start Less, Finish More: Building Strategic Agility with Objectives and Key Results . In this Voices of OKR feature Dan talks about the history of OKRs and how they differ from their predecessor, MBO.

OKRs are today’s evolution of MBO, adapted for a faster, more complex and less predictable economy. A lot of organizations use some form of MBO, but many of them are talking to us about transitioning to OKRs. So, what’s the difference?

You could say Management by Objectives is the hairy ancestor of OKRs. Originally proposed by Peter Drucker in 1954 , MBO recognized the need for knowledge workers to act independently rather than follow a pre-set script à la the industrial-age teachings of Frederick Taylor. Drucker advocated that each manager independently develops annual objectives and performance metrics that supported their boss’ objectives. This way, strategy was cascaded top-down through the organization. Achieving these personal goals is the basis for salary increases or bonuses in many organizations.

Andy Grove , the CEO of Intel, was a fan of Drucker’s, but saw “classic” MBO as too limiting for a high-growth company in the hyper-competitive tech industry. He saw that too much can change in one year, so he instituted a quarterly goal cycle instead. Plus, a tech company like Intel is highly dependent on the creative work of engineers and engineering teams. So, he expanded the franchise beyond just managers.

He rejected the idea that all goals should result from the top-down cascading process of MBO. Grove wanted to see these creative teams complement top-down goals with bottom-up goals, that addressed needs or opportunities that weren’t visible from the top. This proved to be much more engaging for employees and generated more innovation. And recognizing that work gets done by teams, not just individuals, he made OKRs a team sport, not a measure of individual performance.

To make this work, he de-coupled goal achievement from individual compensation. To link the two is to encourage sandbagging — setting safe and achievable targets in order to get the carrot, the positive reinforcement of money. Research has shown that these kinds of external rewards actually inhibit creative problem-solving and can create conflict between people. Apply this across an organization and you breed too much complacency and internal focus.

OKRs are not just a speedier way to do MBO. OKRs encourage shooting for the moon and learning from the failures that happen along the way. With stretch goals, failure is not only tolerated but expected and even celebrated. At Google, the expectation is that only 70% of OKRs should be successful .

If you’re succeeding 100% of the time, you’re not shooting high enough.  Stretch goals require a big commitment to organizational learning. The best OKR organizations support this by creating a culture of psychological safety and open inquiry that makes the idea of “fail fast, learn fast” a reality.

These organizations literally out-learn the competition.

Looking to get started with OKRs?  Try Gtmhub FREE for 7 days! 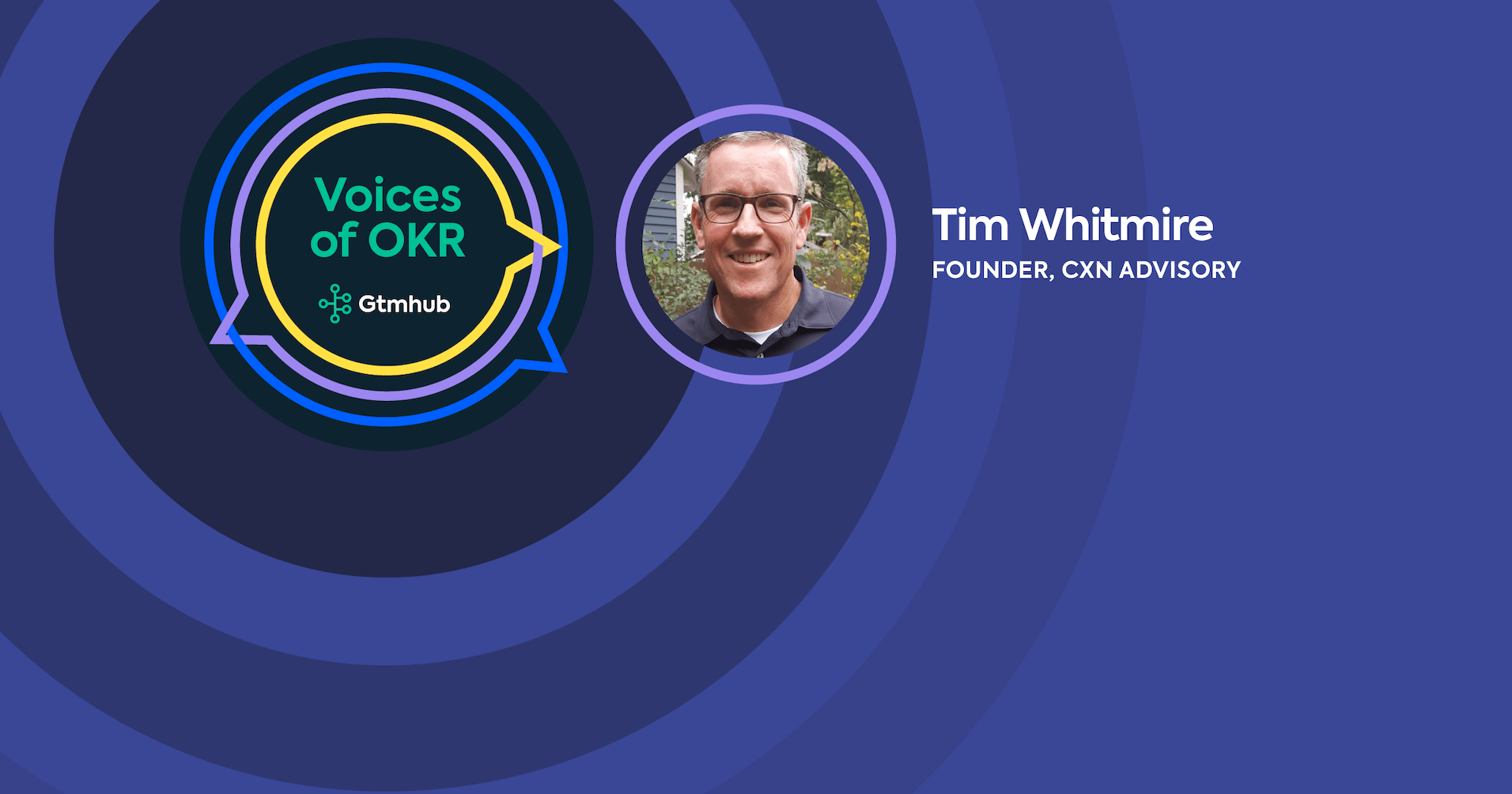 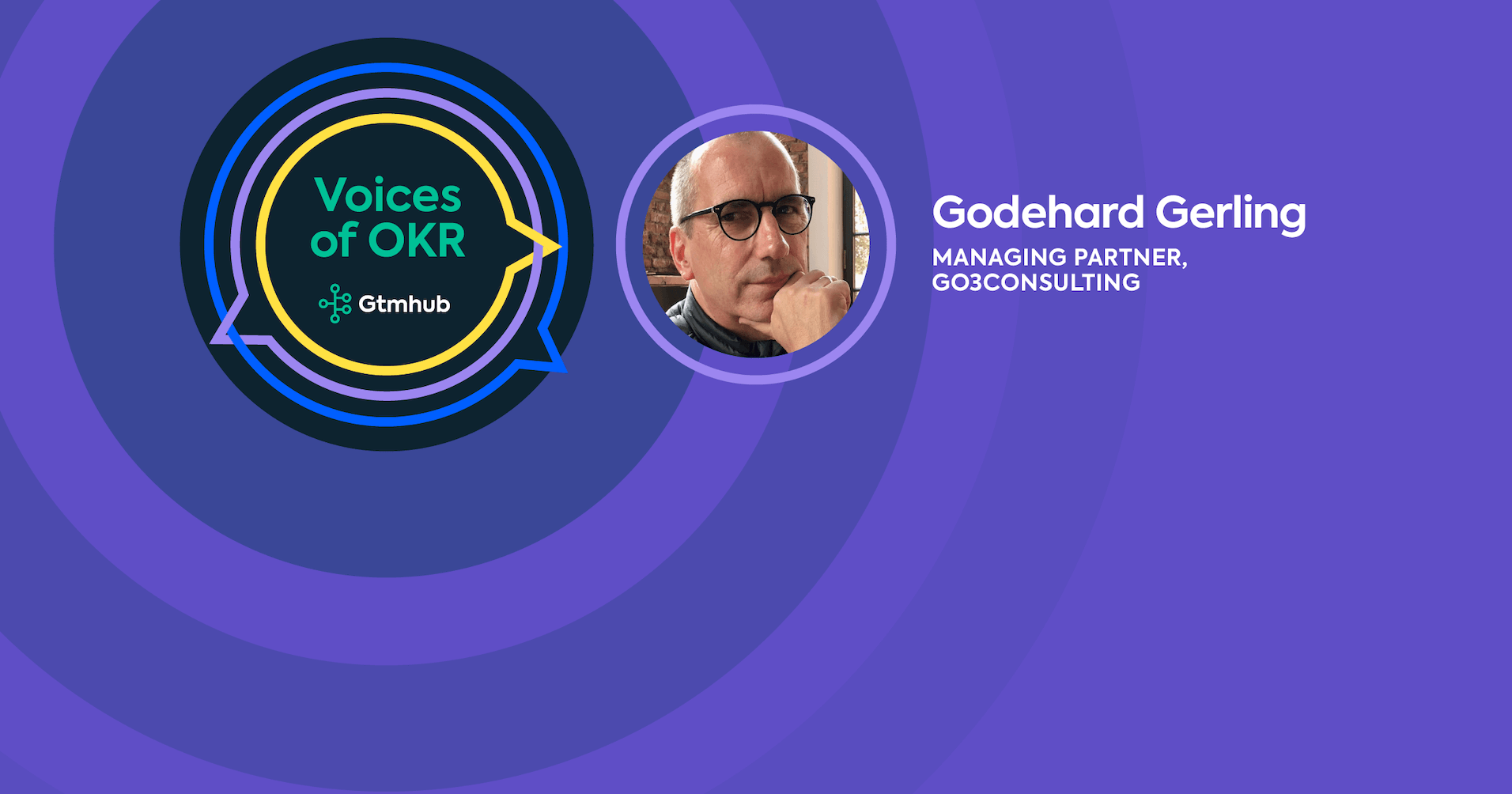 OKRs are the Missing Link between Product Vision and Sprint Goals