OKRs, Steward Leadership and Accountability: Why Take a Pie to the Face 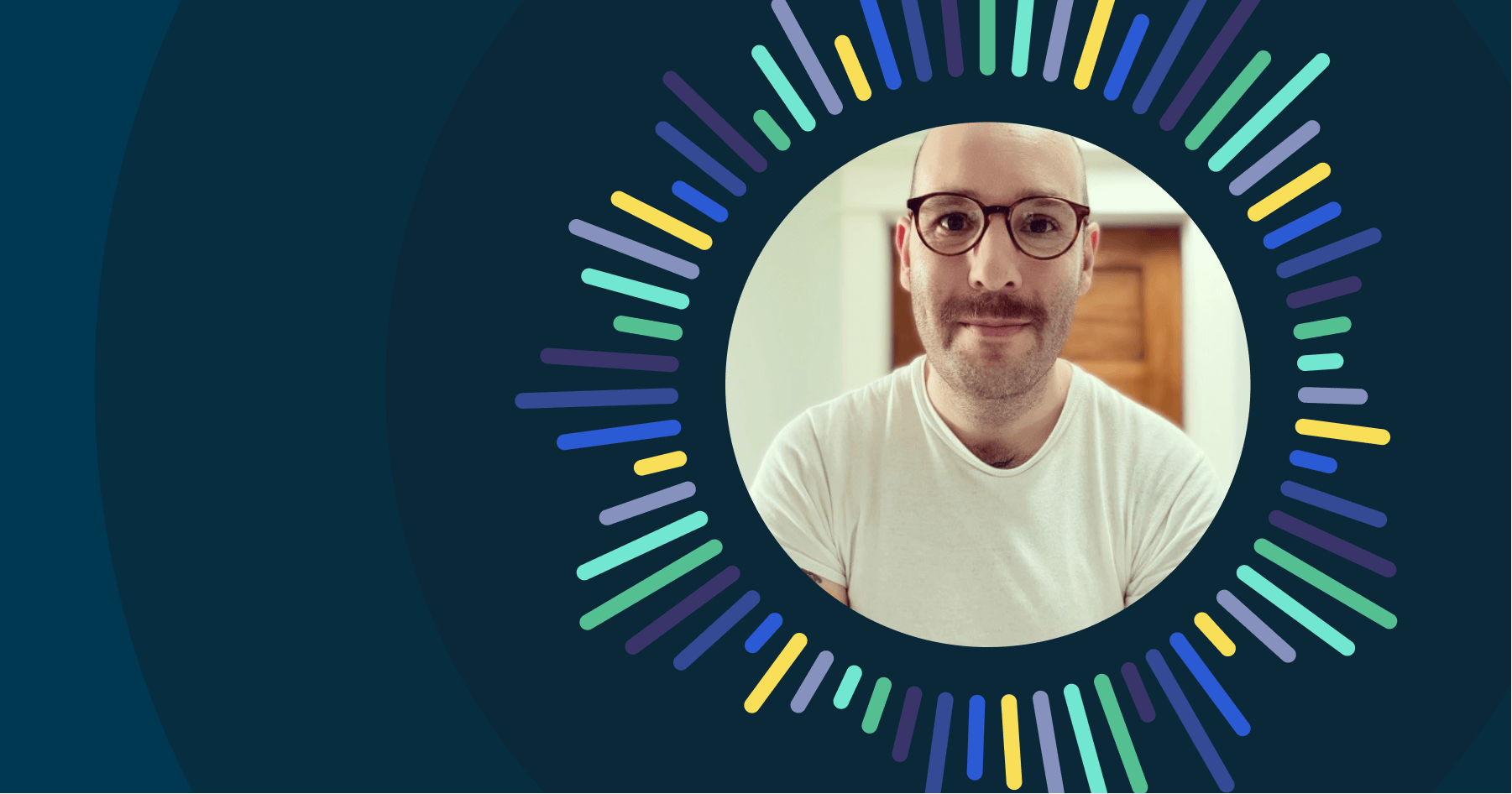 Former Microsoft Head of Product Ryan McMinn describes how he uses OKRs to support the most important part of steward leadership—accountability.

Ryan McMinn doesn’t mind taking the blame for mistakes others have made. Sometimes that’s just part of the job.

Ryan, Microsoft’s former Head of Product for OneNote and Sticky Notes, understands the importance of being held accountable. It doesn’t matter if the mistakes he’s on the hook for were committed by someone else. The mission is what matters most.

“Everything you do is in service to others,” Ryan says. “If you really want to be a leader, the only thing that you own is accountability. Everything else should be going to other people.”

Ryan discussed the importance of owning your mistakes (and the mistakes of those who came before you), the benefits of selfless leadership, and the important role of developing useful objectives and key results (OKRs) on an episode of the Dreams With Deadlines podcast.

Taking one for the team

The most difficult part of managing other people is the fact that they’re, well, people.

People want things to go smoothly. People want to get it right the first time around. They want the work they’ve done to matter. And when things don’t go to plan, people need someone to blame.

That’s what Ryan’s team needed when it was forced to reverse the decision to do away with an older version of OneNote for Windows in favor of a new one. Instead, Microsoft would still ship the new version, but it would support both going forward.

“When you reverse something, you want to blame somebody,” Ryan explains. “Even if the people who made the original decision are long gone, that doesn’t matter. You still have that feeling in you.”

Ryan knew his team’s feelings of frustration needed to be addressed. Instead of allowing ill will to fester, Ryan gave his team a fun and civic-minded way to blow off steam.

“As part of our give campaign for charity, we let anyone on the team come hit us in the face with a pie,” Ryan says. “We called it ‘I told you so’ because the engineers and PMs for years had been saying, what are we doing?”

It didn’t matter that Ryan hadn’t always been OneNote’s Head of Product. He knew he wasn’t 100% responsible for the problem. After all, he wasn’t the first head of product to lead the OneNote team. But the change and frustration was still his pain point to absorb. Ryan knows that the role is a constant, including the assigned responsibilities and accountabilities. Who plays that role is temporary.

And sometimes being the person in that role means taking a pie to the face.

“What are the responsibilities of the role? That’s what I have to try to live up to,” Ryan says. “I never live up to it, but I try every day to live up to what I think that role needs to do. I try to do my best to fulfill the duties of that role so that whoever comes after me is hopefully happier with the way things are when they take over than I was when I took over.”

Steward leadership – accountability as a mindset

Perhaps it should come as no surprise that Ryan is a fan of Navy SEAL Jocko Willinck’s “Extreme Ownership: How Navy SEALS Lead and Win,” which argues that there are no bad team members, only bad leaders. According to the book, leaders “must accept total responsibility, own problems that inhibit performance, and develop solutions to those problems.”

That’s a message that can seem counterintuitive to some people who are placed in leadership roles, particularly those who view themselves as the CEO of their own “little kingdom” within an organization.

As a result, self-interested leaders often silo themselves from the rest of the organization to protect their own interests rather than working in the context of the bigger picture.

Ryan sees that kind of thinking as a dangerous pitfall. He prefers the selfless approach of steward leadership, a form of leadership that focuses on others, the community, and society at large rather than the self.

If a project or product leader must view themself as a CEO, a positive way to do so is to approach the work from a service perspective. The CEO takes full accountability, focusing on being a part of the solution to problems, and accepting blame instead of seeking to assign it to others. If something goes wrong, they get to work on fixing the problem.

“Everything you do is in service to others,” Ryan says. “If you really want to be a leader, the only thing that you own is accountability. Everything else should be going to other people.”

Of course, it’s not enough for a leader to hold oneself accountable. Leaders in business have turned to the management framework of OKRs to create and enforce accountability among their teams. Ryan says the process of defining OKRs has changed how his OneNote and Sticky Notes teams approach removing obstacles to success.

“What I love about OKRs is they feel like an evolution of past ways of thinking versus this completely new thing,” Ryan says.

For Ryan and his team, that meant evolving past the use of SMART goals by adopting the OKR framework. Some aspects of the switch were straightforward. Others didn’t come naturally. Sometimes it just meant defining an objective and assigning a due date.

“They were more of a forcing function to get working code and iterative stuff happening,” Ryan says. “I think those are my least favorite. But that's the learning process we were going through.”

The OneNote team created “core project” OKRs for the big things they wanted to deliver as a team. As the team adopted the new management framework, it learned to define OKRs to be more granular, more actionable and more understandable.

“There's no shortcut to learning,” Ryan says. “You have to learn by doing and failing. You can learn a little bit from what other people do, but oftentimes you need to experience it.”

This article is based on an episode of Dreams With Deadlines by Gtmhub — the strategy-meets-execution podcast where you'll hear of real trials and victories in business. The show is hosted by Jenny Herald, VP of Product Evangelism at Gtmhub. Subscribe via Apple, Spotify, or wherever you listen to podcasts to hear their discussions with thought leaders and learn how to shrink the gap between strategy and its day-to-day implementation.

[09:54] “There is a way you can approach acting like a CEO from a service perspective, which is positive, if you're taking accountability, because the CEO has full accountability. If you read it and go, Oh, that means I should be fully accountable for everything. But oftentimes, I found people read it as I get to make the decisions, I'm the boss. As soon as you voice those words, you've lost. If you really want to be a leader, the only thing that you own is accountability.”

[28:00] “We started to break down the OKRs to more granularity based on what we were doing with the core projects. We started getting better at making the OKRs more actionable, more understandable, higher resolution. But it was hard for us to do that without going through this intermediary step.”

[28:30] “What I love about OKRs is they really feel like an evolution of past ways of thinking versus this completely new thing.”

[30:08] “There's no shortcut to learning. You have to learn by doing and failing. … You can learn a little bit from what other people do. But oftentimes, you need to experience it.” 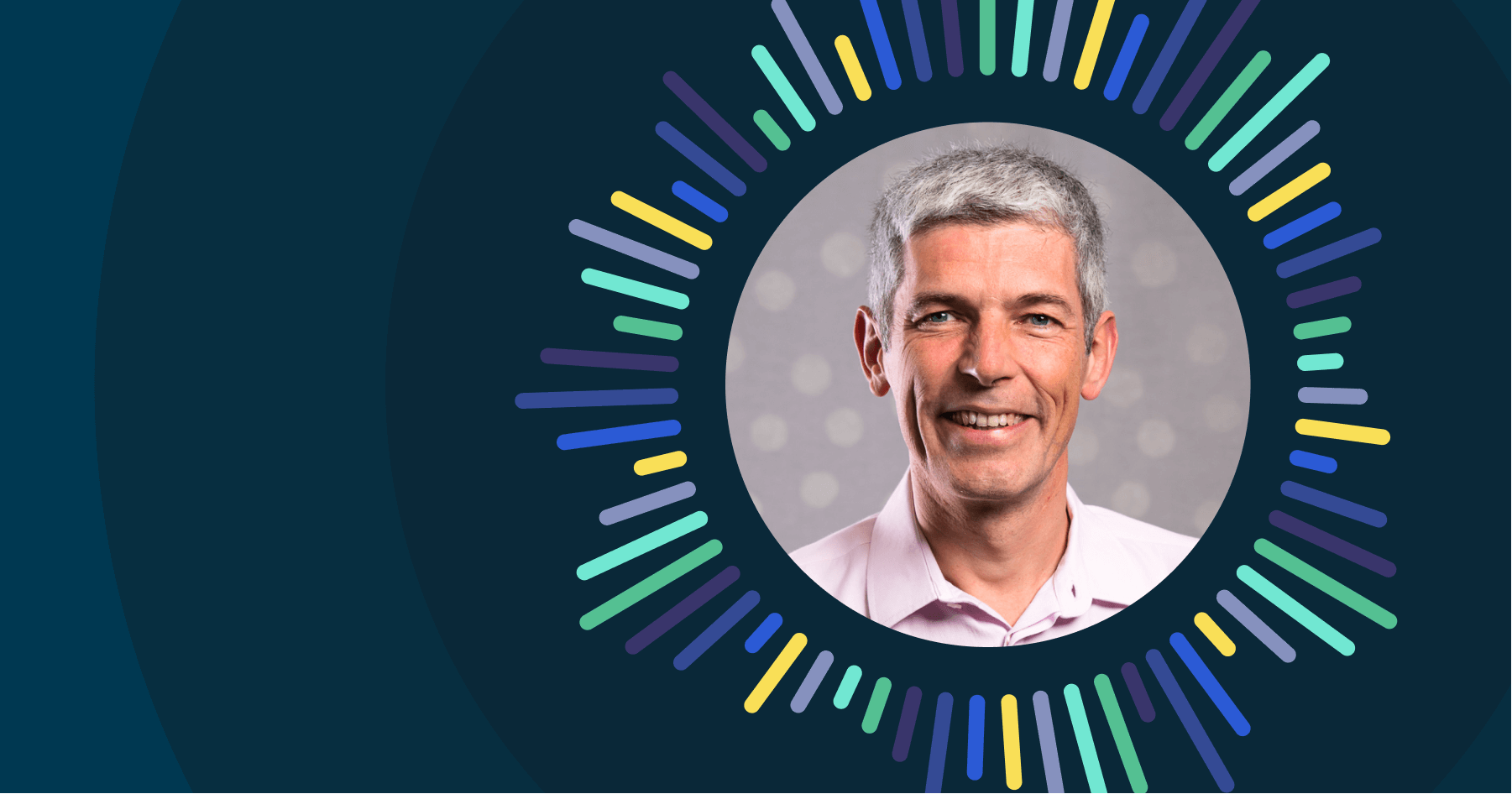 Impact mapping and incentives help teams collaborate however and wherever they're working. Learn how organization-wide intention, from OKRs to working models, can build thoughtful connections. 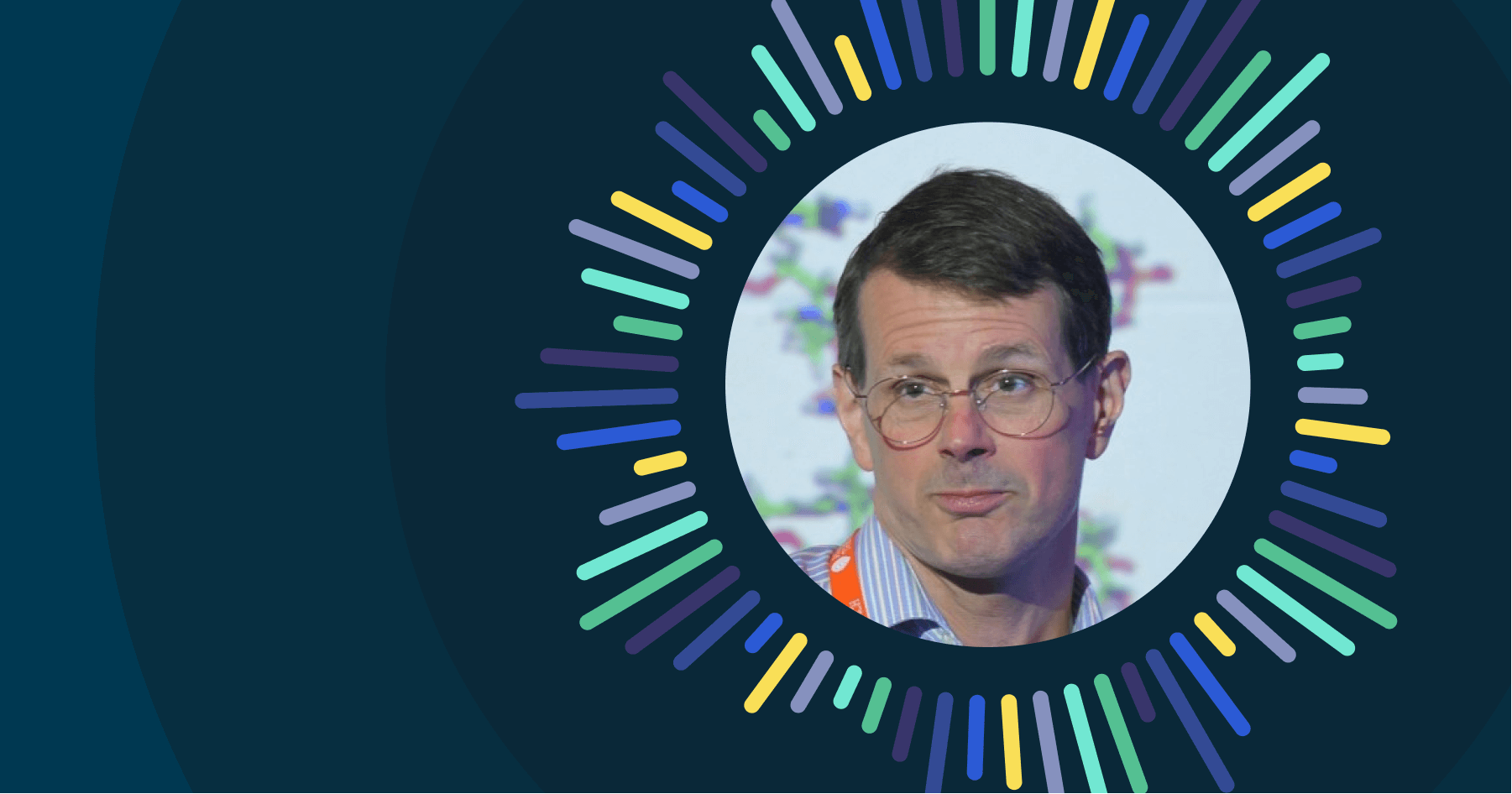 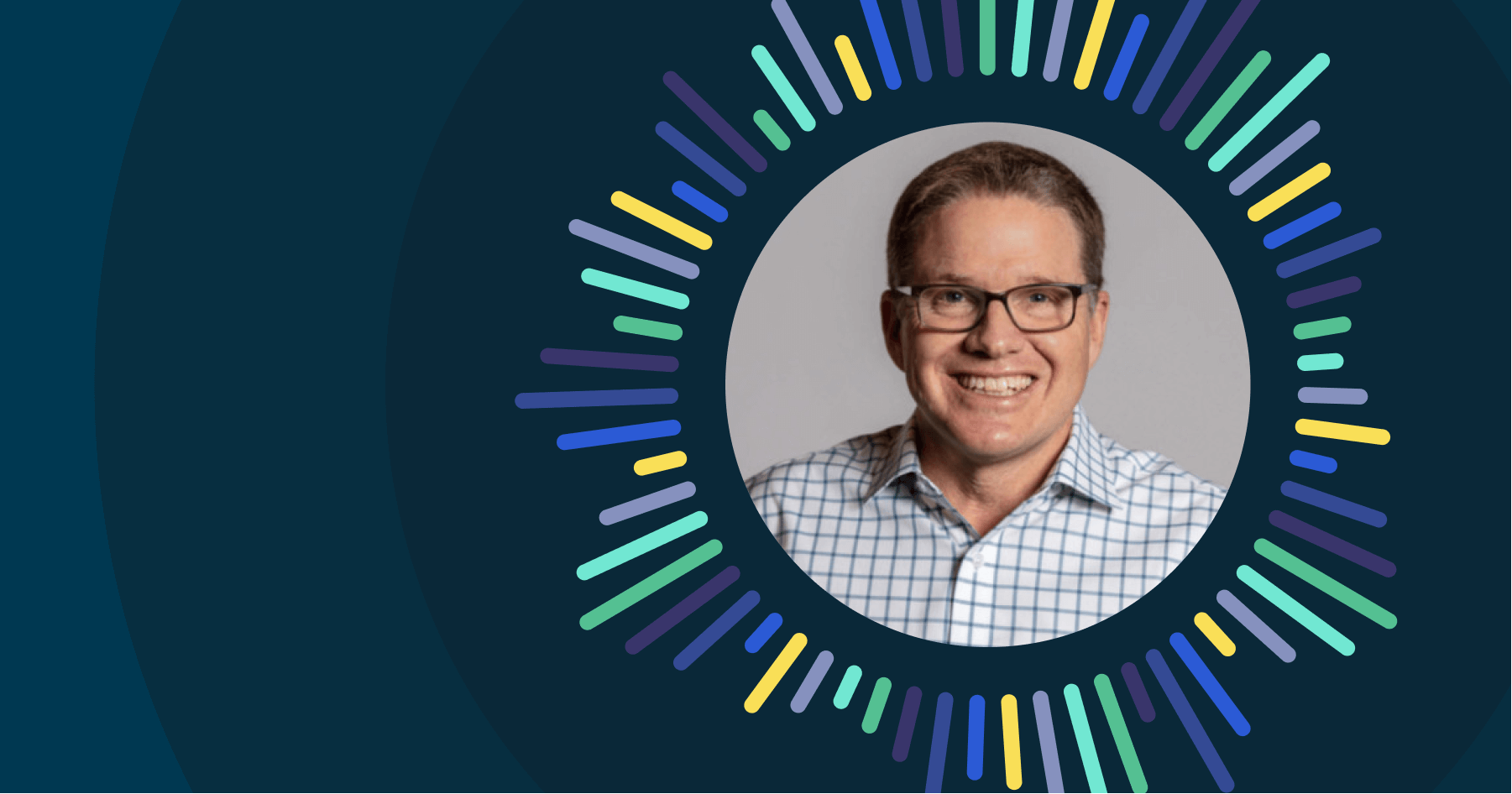 In product leadership, anything is possible. Develop the product strategy you need to succeed long-term using these unique frameworks.