From Anarchy to Alignment 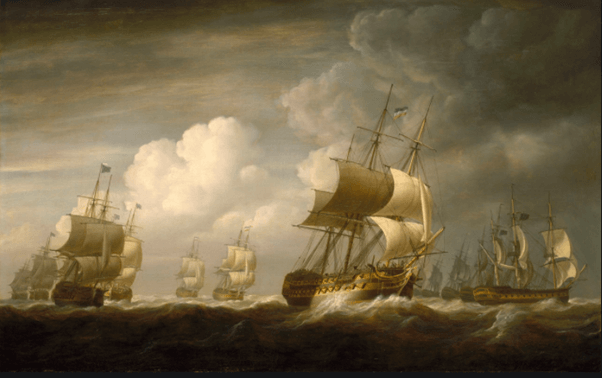 How OKRs & Gtmhub can help overcome one of the oldest problems faced by companies.

Why the East India Company failed

The Imperial Hotel is one of the finest colonial-era destinations in New Delhi – and interestingly, it’s a venue, like the empire that inspired it, that would simply never have existed had it not been for the failure of the first great multinational corporation – I’m talking, of course, about the East India Company.

You could be forgiven for assuming the failure of the EIC had something to do with the enormous logistical challenge of running a global operation in the age of sail.

But as confirmed by the title of historian William Dalrymple’s latest book on the subject, the actual challenge that led to the company’s demise was the more fundamental leadership challenge of getting people and strategy in alignment.

In practice, this meant the leadership never succeeded in getting company agents to consider the bigger picture, rather than look no further than their own agendas. This was true even after a director-general was installed locally to eliminate the delays involved in communicating directives from England to the subcontinent.

Ultimately, all the chaos led to such a disruption in the historic pattern of agriculture across the Gangetic plain, and in particular the balance of production between cash crops and foodstuffs, the inevitable outcome was the catastrophic Great Bengal Famine of 1770. Millions died, and the reverberations were felt far beyond the shores of the subcontinent.

For instance, in a desperate bid to recoup losses, the EIC leadership dumped their stocks of tea on the American colony, supported by preferential tax rates secured from the crown. It was an act that would backfire spectacularly, given it led within three years to the Boston Tea Party, which in turn would ultimately culminate in the American war of independence.

Meanwhile, back in England, in the first example of the government stepping in to socialize a company’s debts on the basis that it was “too big to fail”, the state bailed out the East India Company, effectively nationalizing it, in doing so bringing about direct rule in the subcontinent, and setting England down the path to Empire. The rest is of course history.

Why alignment remains a problem

Multinationals have come a long way since the age of the East India Company. Gurgaon is one of several Indian cities with an economy in large part dependent upon business process outsourcing – a testament to how thoroughly globalized the operations of multinationals have become in the digital age.

But at the same time, this doesn’t mean companies are any more impervious to failure than they were in the age of the EIC. Neither has the challenge of aligning people with strategy been eliminated.

On the one hand, this is because organizations necessarily remain hierarchical. In the case of enterprise-scale organizations, this can mean numerous management layers between the CEO and the ground floor.

The problem is that with each degree of separation, the process of translating high-level vision and strategy into roles and responsibilities inevitably leads to an increasing distortion of the original intent.

In addition, the further you move down the organization chart, the process of deconstruction also leads to an increasing loss of context, making it harder and harder for people to understand how their efforts matter and fit into the big picture.

Another problem is the traditional annual goal-setting process is so slow, it’s not uncommon for employees to go for months without objectives – while the process is so arduous, that once completed, nobody wants to revisit it.

Together, these factors mean that for large organizations the ability to respond quickly to opportunities or challenges, i.e. strategic agility, remains limited. This was the operating reality the leadership of many organizations had to come to terms with when attempting to react to Covid.

Meanwhile, when it comes to executing strategy horizontally across the organization, the enterprise landscape remains a patchwork of natural silos, ensuring friction and push-back, even in matrix organizations, when trying to align people with strategy across reporting lines, departmental, geographic, and cultural boundaries.

The reason the switch to a matrix paradigm does little to mitigate the problem is because the underlying cause is not rooted in how the organization chart is wired. But rather it’s a question of psychology, and how the human mind is wired.

In other words, technology may have changed beyond all recognition since the age of the East India Company, but fundamentally people have not. This means they are no more docile to being told what to do, particularly when being told what to do includes being told how to go about achieving the goals they have been set, and paradoxically, even when those dictates are in their best interests.

And this challenge, as one director of strategy execution told me, is one that no software solution in the world can solve. And he’s right.

Time for a new approach

But rather than one more futile attempt to buttress the 19th-century paradigm, what about a software solution inspired by a new approach? One that isn’t at odds with human psychology by virtue of allowing management and staff to collaborate on setting goals, while leaving staff free to focus on how to deliver those goals.

A new approach that frees individuals to dynamically form teams by aligning around common goals, and without having to wait for departmental and other traditional organizational structures to catch up, and for the same reason allowing for strategy execution to sidestep all the friction and stalemates associated with organizational silos.

What if the supporting software solution delivered the transparency and visualization required to allow management to validate strategy, and everyone to understand how their efforts are contributing to higher-level vision and goals, or where to focus in order to better do so.

And a platform that also had the data integration capabilities to allow for the automatic, real-time updating of the key metrics involved, including the metrics associated with everyone’s individual goals - and yet achieved all this without coding, or anyone having to give up using the systems with which they are familiar and comfortable.

Above all, what if this solution had the customizability, resilience, and security demanded by enterprise customers, backed up by the services support and eco-system of partners required for successful enterprise adoption and deployment?

You could be forgiven for assuming that such a union of methodology and tech exists only as blue-sky thinking on concept boards concerned with exploring the future of enterprise solutions.

But in fact, the methodology not only exists, by this point it has been rigorously tried, tested, and refined in the business world for over thirty years. It is known as Objectives and Key Results, or simply OKRs.

The Gtmhub platform completes the solution by allowing for the successful adoption of OKRs across the enterprise, supported by a company and partner network with the vision to understand the true potential of the methodology.

The combination of OKRs and the Gtmhub platform is being used right now to help the leadership of hundreds of organizations to overcome the long-standing challenge of strategy execution by helping to bring about a more aligned, agile, and results-driven workforce culture.

In doing so the leadership teams of those companies will be remembered for securing the long-term future of their organizations, rather than presiding over notable failures like the EIC. 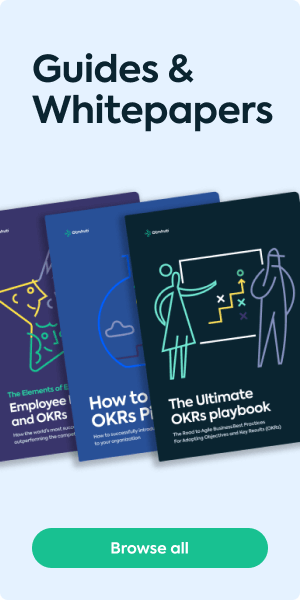 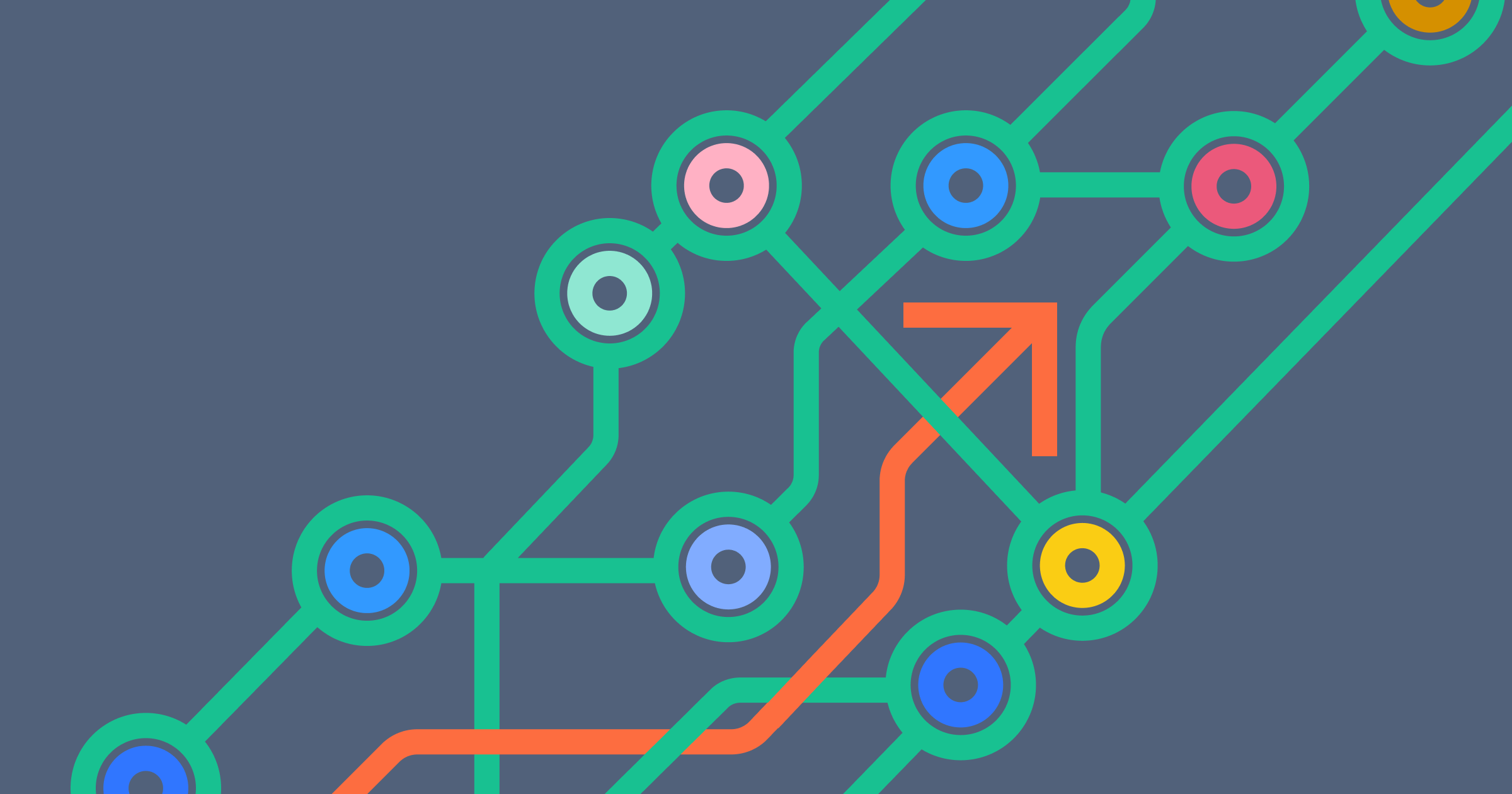 A distracted or misaligned team is not a productive or effective team. Alignment is a no-brainer in theory. But the difference between theory and practice is greater in practice than in theory. In practice, achieving effective alignment is hard. 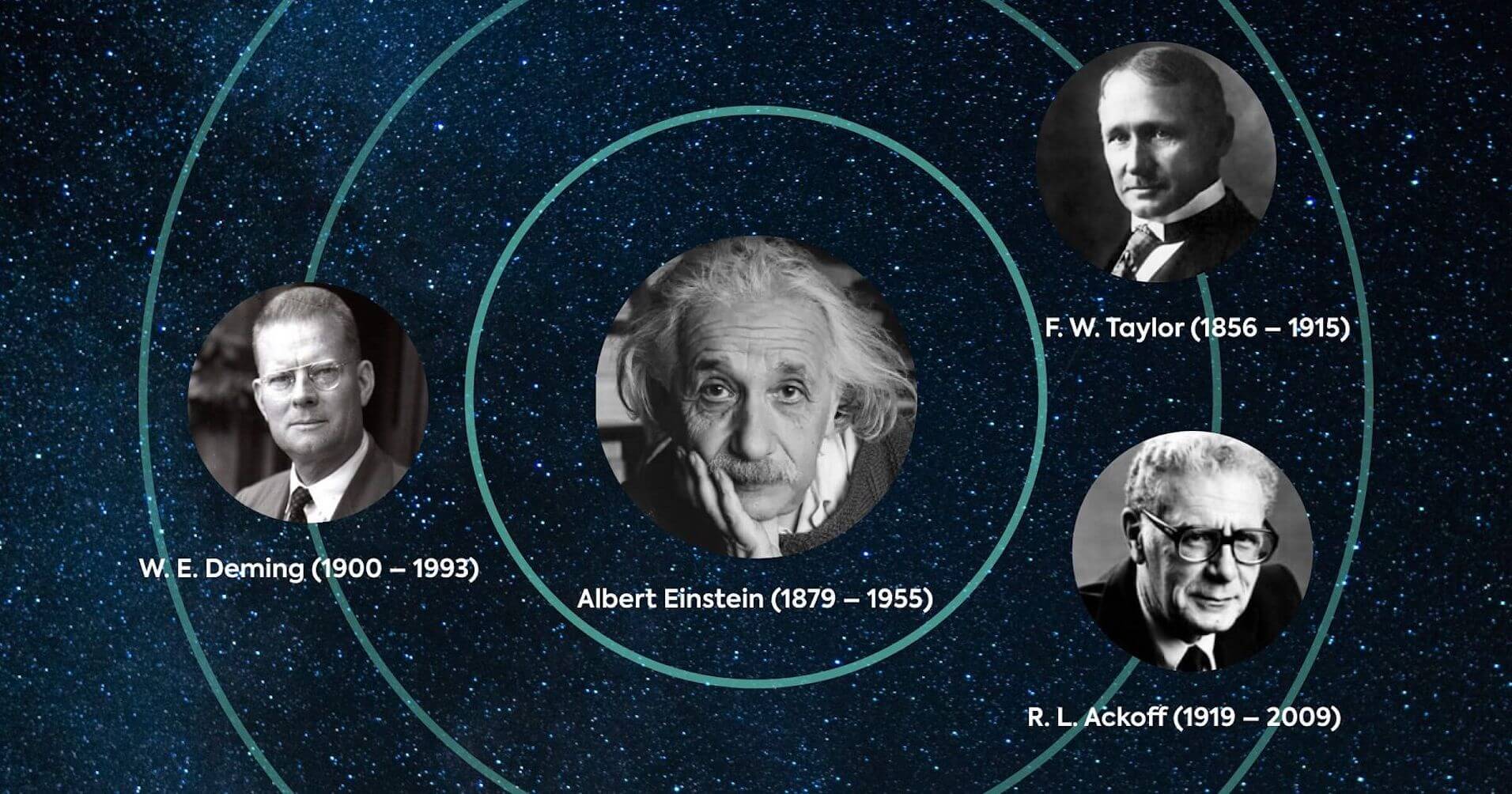 How OKRs fit into the story of management theory and solve a key challenge faced by the new generation of enterprise executes. 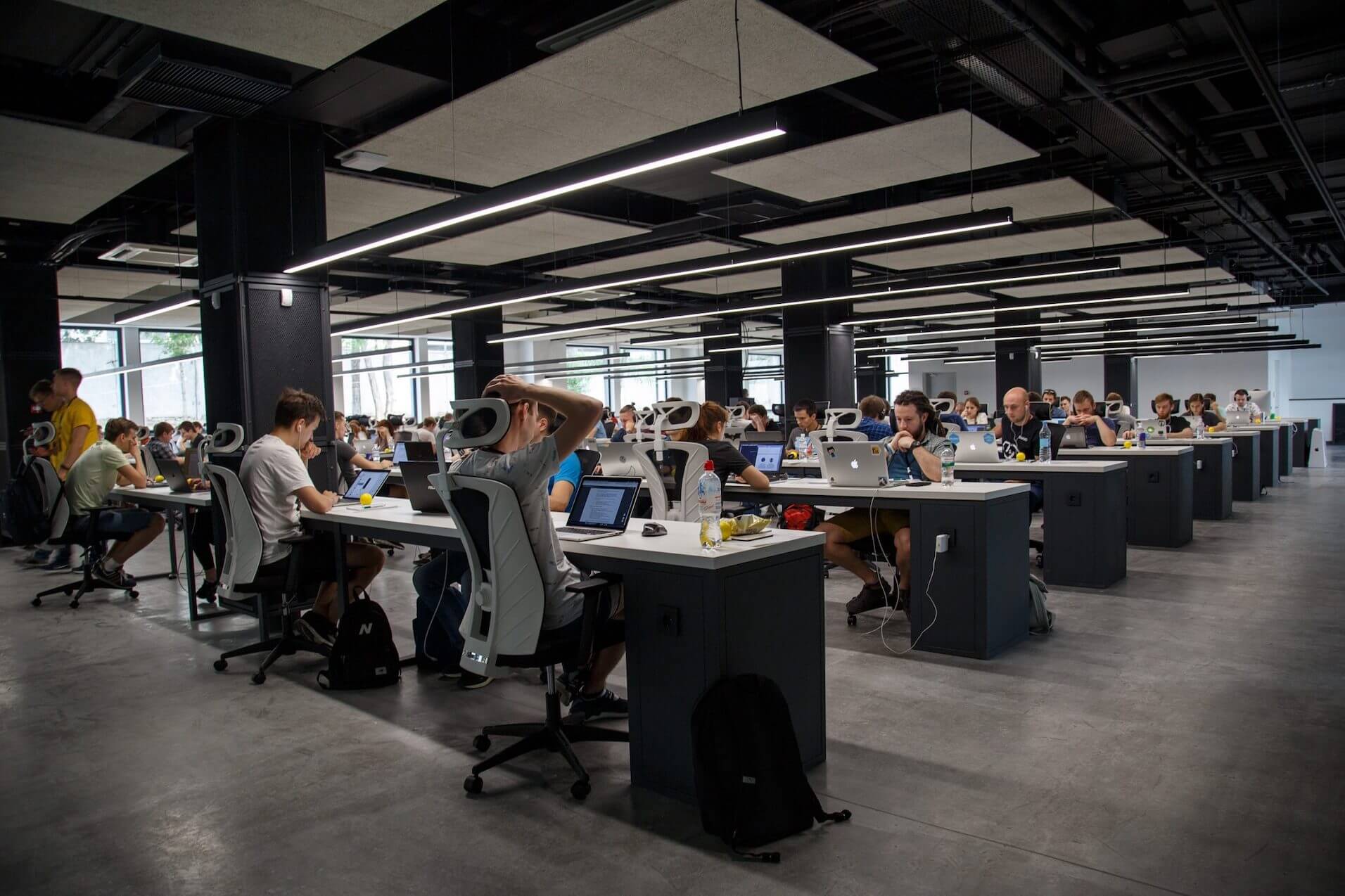 Why enterprises can't do OKRs without the software 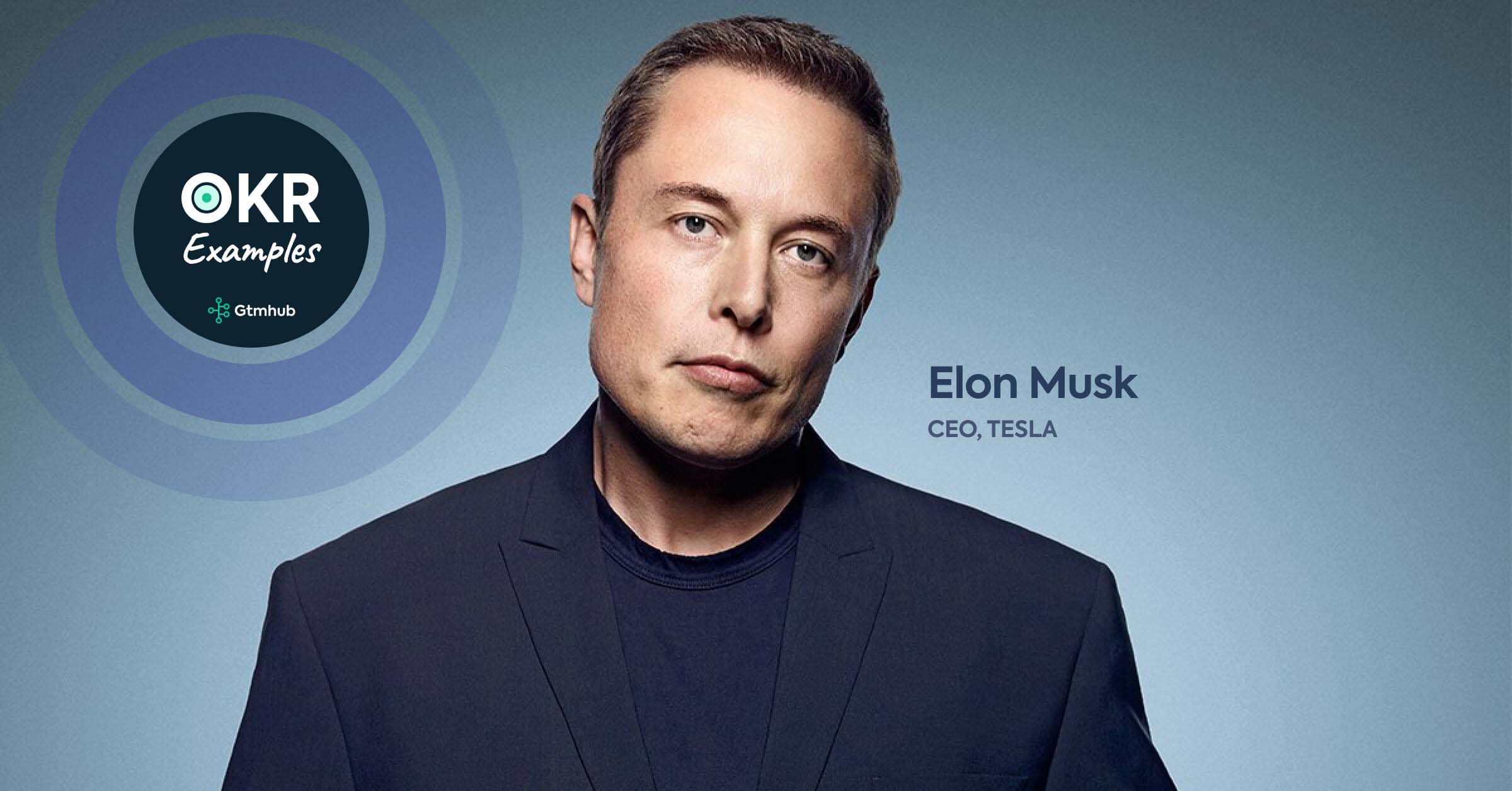