Cruella De Vil and her OKR 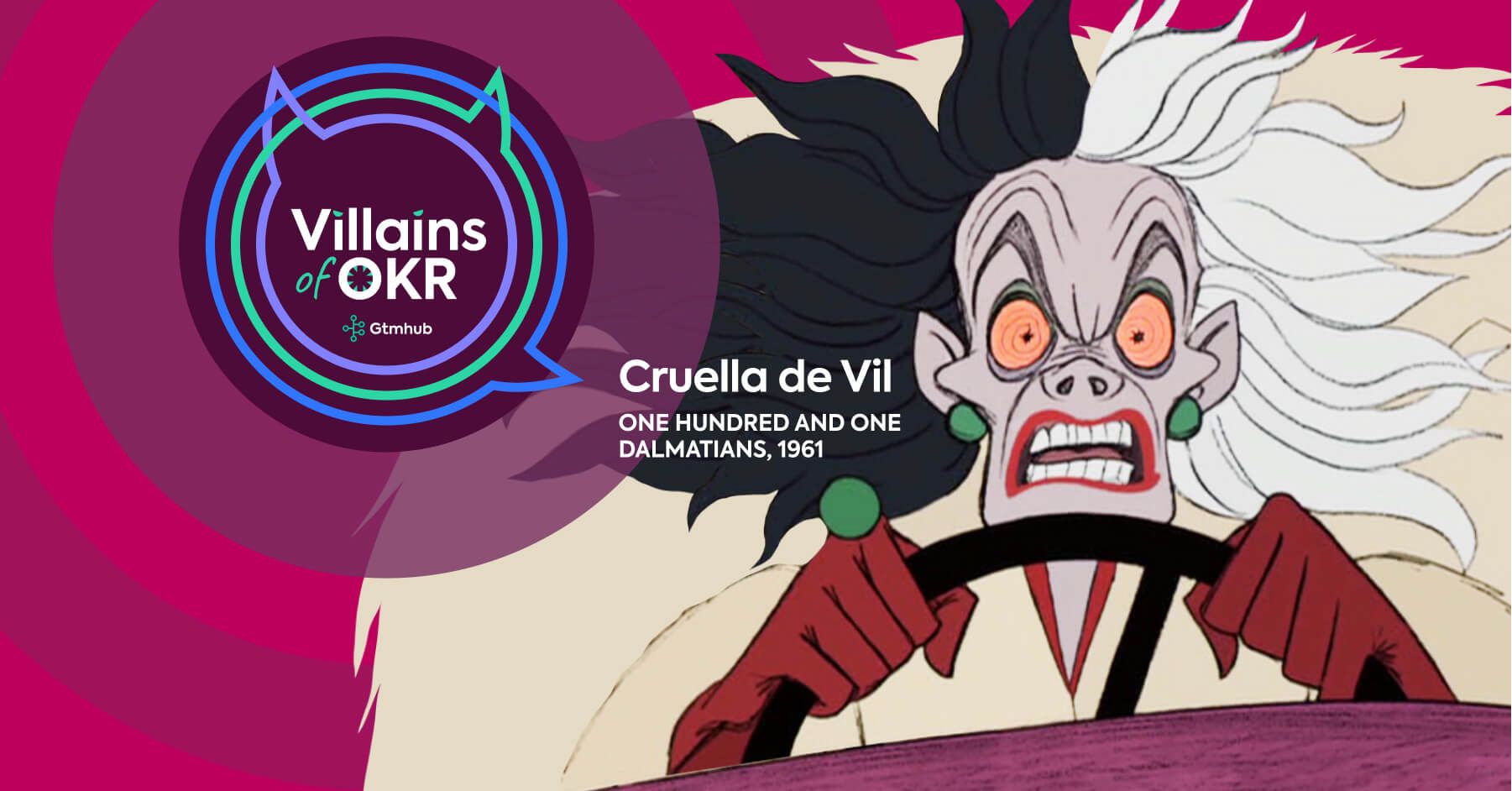 “Darling, I live for furs, I worship furs! After all, is there a woman in all this wretched world who doesn’t?” — Cruella De Vil

Jasper and Horace’s leader and boss.

To dress only in fur.

Cruella De Vil achieved 25% progress on her OKR. She was unable to achieve her objective.

In the 1961 film, One Hundred and One Dalmatians , we meet Cruella De Vil. Her name is a pun of the words cruel and devil, and her country house is nicknamed ‘Hell Hall.’ Cruella is hell-bent (see what we did there) on capturing enough puppies to create Dalmatian fur coats for herself. She lives for fur coats and even goes as far as to say that she worships them.

It’s not too far-fetched for Cruella to need 99 Dalmatian puppies to make her fur coats. According to the Foundation for Advice and Action in the Defence of Animals (FAADA), the following number of animals are used in the production of fur coats 1 :

Cruella had a decent, albeit morally offensive, OKR. What happened? Why couldn’t she achieve her goal?

1. She didn’t use data to set her Key Results properly.

With the data above from the FAADA, Cruella could have made plenty of Dalmatian coats even if she only achieved part of KR 3. She could have dropped KR 2 — she didn’t need Anita and Roger’s 15 Dalmatian puppies. Had she done the analysis, she would have discovered this, saved herself and her henchmen the trouble, and focused her small team even more.

2. She cultivated a toxic workplace culture.

Cruella was not forthcoming in her plans for the puppies. She did not reveal her true intentions until she was provoked when the police stepped up their investigation of the puppy theft. When she finally did speak the truth, she physically assaulted and threatened her team! No wonder they had a difficult time making good decisions despite being financially motivated. They worked in fear and resentment for their employer.

OKRs work best in an organization with a healthy culture — one where people are supported, even if they miss the mark. The framework is based upon the ability to take calculated risks (or contained failure that doesn’t put the business at risk, as the There Be Giants folks 2 say) and learning, which drives growth and innovation.

3. She told her team to stretch but didn’t give her team what they needed to succeed.

Cruella emphasized that KR 4, Kill 99 Dalmatian puppies, be done within an impossible timeline. This is not necessarily a bad thing. One of the superpowers of OKRs is stretch. Felipe Castro says this about these types of goals 3 :

Take you out of your comfort zone ;

Make you go after targets that you think you can’t reach (at least not yet);

Make you achieve things you couldn’t do before;

Should be hard but not as hard as to harm (or demotivate) you.

However, this only works if a team is enabled to succeed. For example, if a team needs tools, they get them. If they need extra help, they get it. If they need more hours, they’re provided. When a team is supported in this way, failure is still acceptable, but it is expected that the team gives their all 4 . 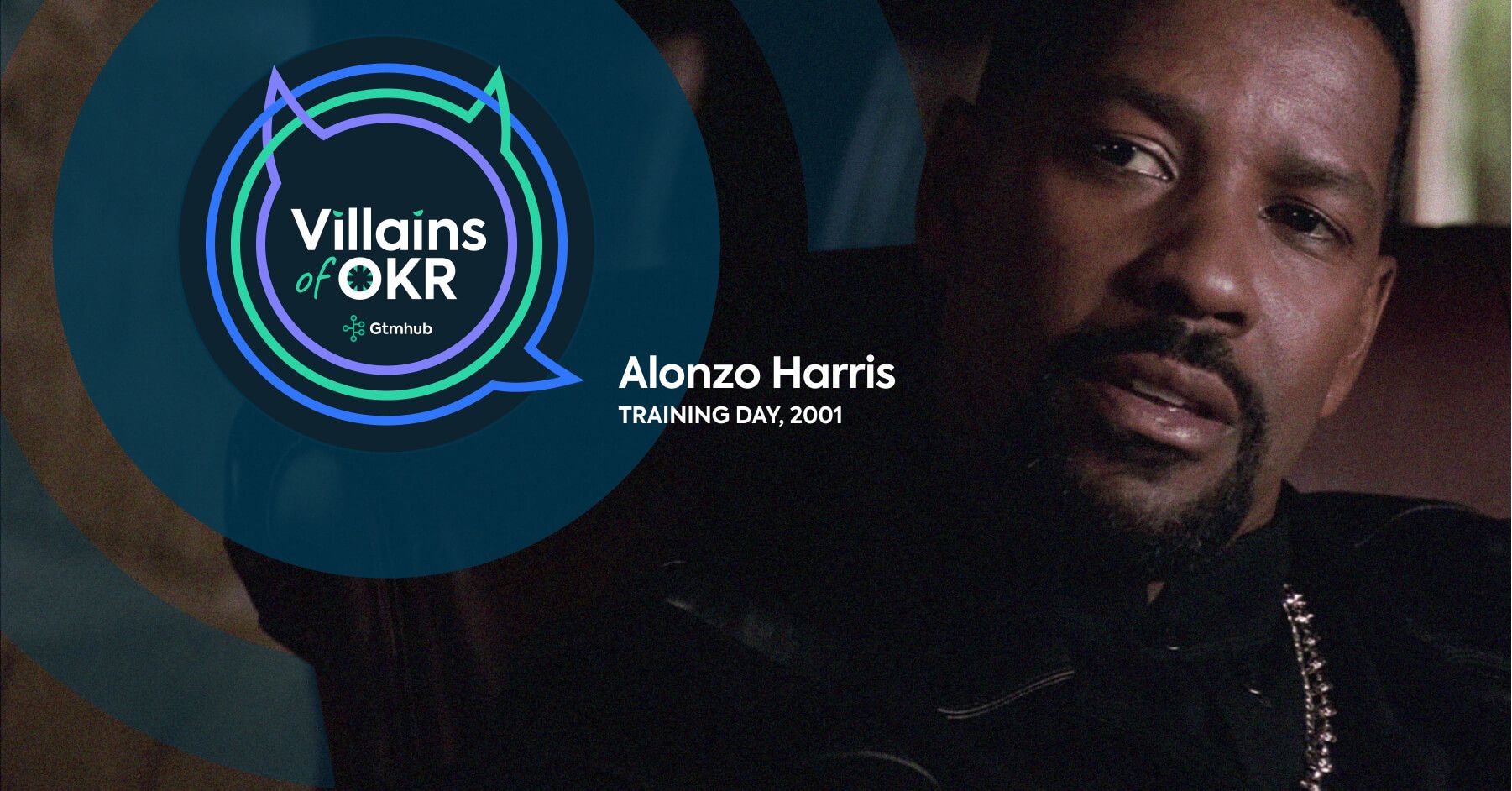 Alonzo Harris and his OKR

Alonzo highlights an important and maybe not-so-obvious OKR lesson here. In the world of OKRs, we focus on outcomes. 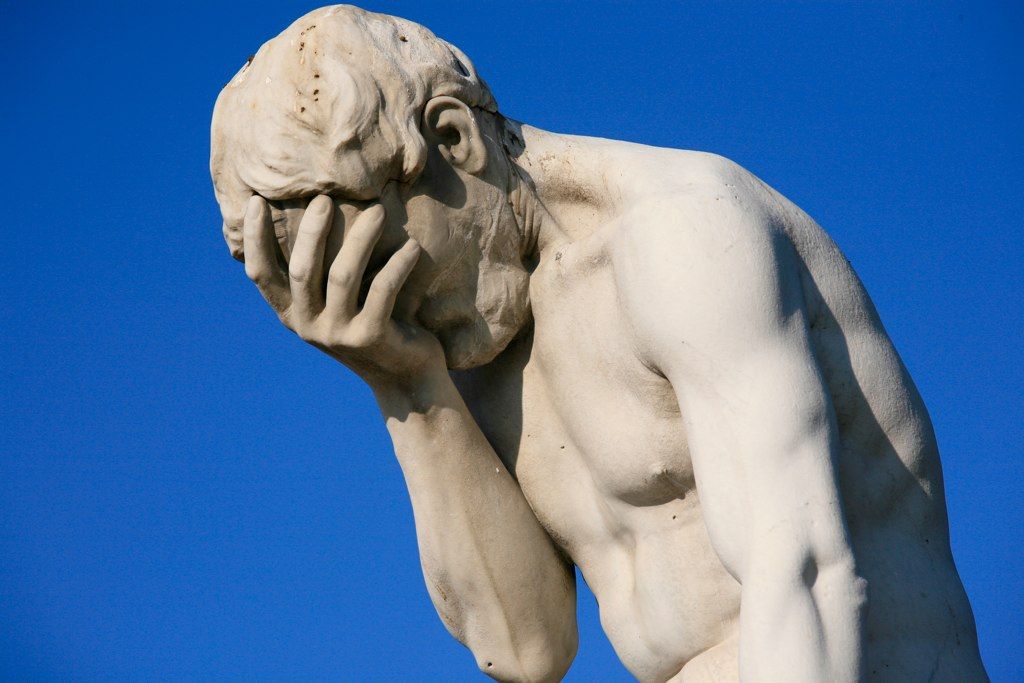 Why do OKRs fail?

Not every team that decides to implement OKRs will succeed in doing so. We, at Gtmhub – just as other vendors – will give advice and point out solutions, but the fact is that OKRs are not a right fit for every team. In this post we will share what we’ve learned over the years working